“It Looks So Casual It’s Unreal” 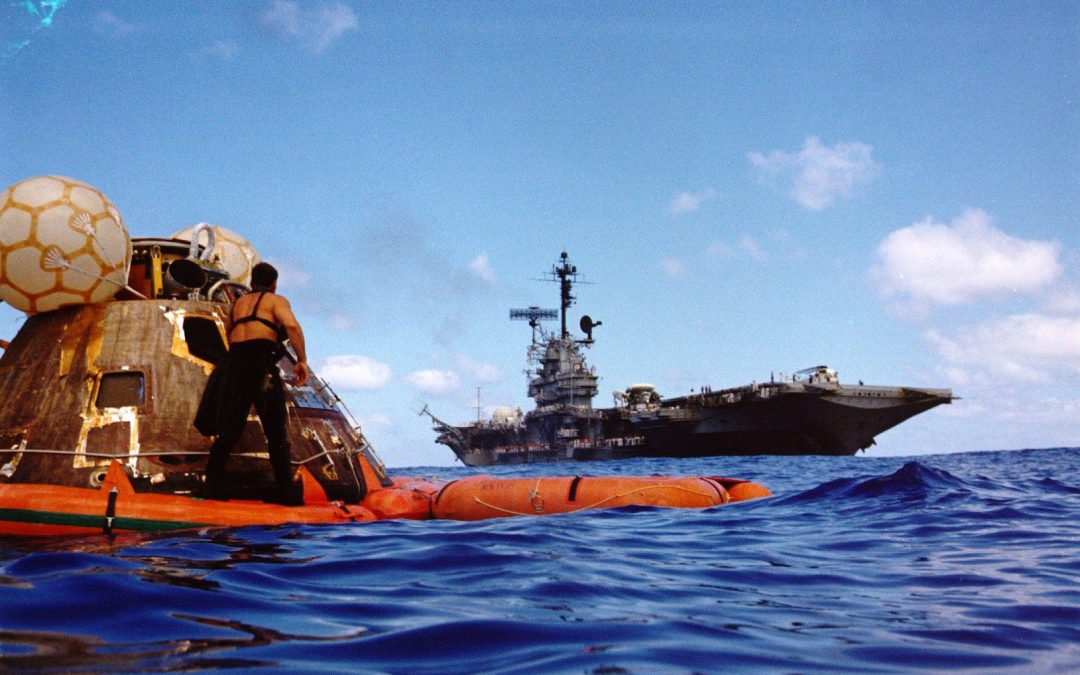 On December 19, 1972, the last humans to reach the Moon returned to Earth.  The splashdown of Apollo 17, beautifully filmed with the US aircraft carrier Ticonderoga in the background, looked, as one commentator noted “almost casual.”  Casual.  It took only six crewed missions to the Moon to make it look “casual.”

The individuals who have explored space on behalf of all humankind make it look effortless.  The public is not constantly exposed to their rigorous training.  And few can understand the relentless, persistent, unflagging commitment it took hundreds of thousands of engineers, scientists and mathematicians around the world to put humans in space, and then on the Moon.

Today it looks easy.  Until we remember it’s not.

President Ronald Reagan somberly joined a grieving world after the Space Shuttle Challenger disaster with the sad reminder: “And perhaps we’ve forgotten the courage it took for the crew of the shuttle; but they, the Challenger Seven, were aware of the dangers, but overcame them and did their jobs brilliantly.”

President George W. Bush had to reiterate those sentiments when the world lost the Space Shuttle Columbia.  “In an age when space flight has come to seem almost routine,” the President said, “it is easy to overlook the dangers of travel by rocket, and the difficulties of navigating the fierce outer atmosphere of the Earth.”

Nothing brings the dangers of space exploration home more clearly than the “In the Event of Moon Disaster Speech” speech written for President Nixon.  The speech he would deliver if the first humans had been stranded on the Moon.  It reads, in part: “Fate has ordained that the men who went to the Moon to explore in peace will stay on the Moon to rest in peace.  These brave men, Neil Armstrong and Edwin Aldrin, know that there is no hope for their recovery. But they also know that there is hope for mankind in their sacrifice.”

The landing of humans on the Moon – and their safe return – is one of, if not the greatest, technological achievement of humankind.  It capped a Cold War space race where we humans goaded each other to test our bounds, and the bounds of our mother Earth.  It was a race fraught with tragedy and sacrifice – not just of the astronauts and cosmonauts themselves, but of the teams who developed the technology upon which they relied to sustain their lives in the most inhospitable of environments.

Indeed, the fact that no human has ventured back to the Moon since 1972 speaks volumes of the difficulty – emotional, physical, academic, intellectual and technological – it took to get there in the first place.

Nevertheless, this past month saw two high profile figures make casual remarks about the Moon landing.  Incoming Representative Ocasio-Cortez compared her election to the first human Moon landing.  But we’re pretty sure her “Plan B” speech did not include being stranded and left to die slowly in the magnificent desolation of a hostile world along with the hopes, dreams and intensely difficult work of hundreds and thousands of devastated individuals here on Earth.

And NBA player Stephen Curry questioned the veracity of Moon landings themselves.  While he has stepped back from these comments, his initial statements are a very sad reflection of our education system, and our ability to keep history alive.

So as we celebrate the forty-sixth anniversary of the return of the last humans to walk on the Moon, we redouble our efforts to assure the landing sites and other human heritage in outer space is preserved.  So that we remember that while one day it might be easy, it wasn’t then and it still isn’t now.  So that the children and grandchildren of Representative-Elect Ocasio Cortez and basketball player Stephen Curry may visit those first bootprints in person and be reminded not to be casual with history.  And so that all the sacrifices made in the human journey to space will be remembered and memorialized.