Don’t you agree that humanity’s first steps on the Moon merit the same recognition and protection as our common heritage here on Earth?

We go to great lengths to recognize and protect our common human heritage here on Earth.  The World Heritage Convention safeguards sites “of outstanding universal value.”  From terra-cotta warriors in China to the Taj Mahal in India to a human’s first primitive footsteps in Tanzania, the achievements of humankind have been universally celebrated and protected by the international community as “masterpieces of creative genius” and “technological ensembles” which “illustrate significant stages in human history.”  What, we ask, could be more significant than human milestones in the exploration of space.

Why is it only one of these footprints is protected? 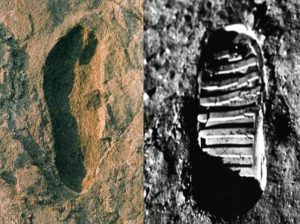 On September 13, 1959, the first human-made object, Luna 2, reached the Moon’s surface.  Ten years later, Apollo 11 landed in the Sea of Tranquility, and humanity’s first offworld steps were taken.  The robots and the astronauts who landed on the Moon were envoys of all humankind, propelled to the heavens on the ingenuity and perseverance of thousands of scientists, engineers, tool workers and dreamers from around the globe. Each of the Apollo Lunar Landing Sites and the robotic sites that preceded and followed are evidence of humanity’s first tentative steps off our planet Earth.  They mark an achievement unparalleled in human history, and one that is common to all humankind.

The artifacts and boot prints on the Moon have been undisturbed for nearly six decades. Preserved by the vacuum of space – and by the fact that no human, and only a handful of rovers, has returned to the Moon since 1972.

But that’s about to change.

Our Moon is about to get crowded. Japan, China, Russia and the United States all are weighing crewed Moon missions within the next decade.  And more robotic mission are already being deployed to the Moon by nations and private interests.

Unfortunately, the World Heritage Convention does not apply to outer space.

But we still have time to act before our heritage is threatened.  For All Moonkind’s growing team of entirely volunteer space lawyers and policymakers from around the world are developing a new convention designed to protect our human heritage in space. It will be based in part upon the successful World Heritage model, as well as other Earth-based treaties like the Underwater Cultural Heritage Convention.

Currently, there are more than 100 historical archaeological sites on the Moon from the crash site of Luna 2 to Apollo 11’s Tranquility Base to the tracks of Yutu.  Each bears witness to moments that changed, and advanced, our human civilization irrevocably. No longer are we tied to our Mother Earth. In incremental steps, the heavens have been opened for exploration, and celestial bodies for settlement. Certainly not every movement of human – or human-guided robot – on the Moon needs to remain sacrosanct. However, guidelines and the framework for potential protection should be set in place before revisits occur. The idea is not to stifle exploration, but to preserve, for present and future generations, those sites that meet certain agreed criteria.