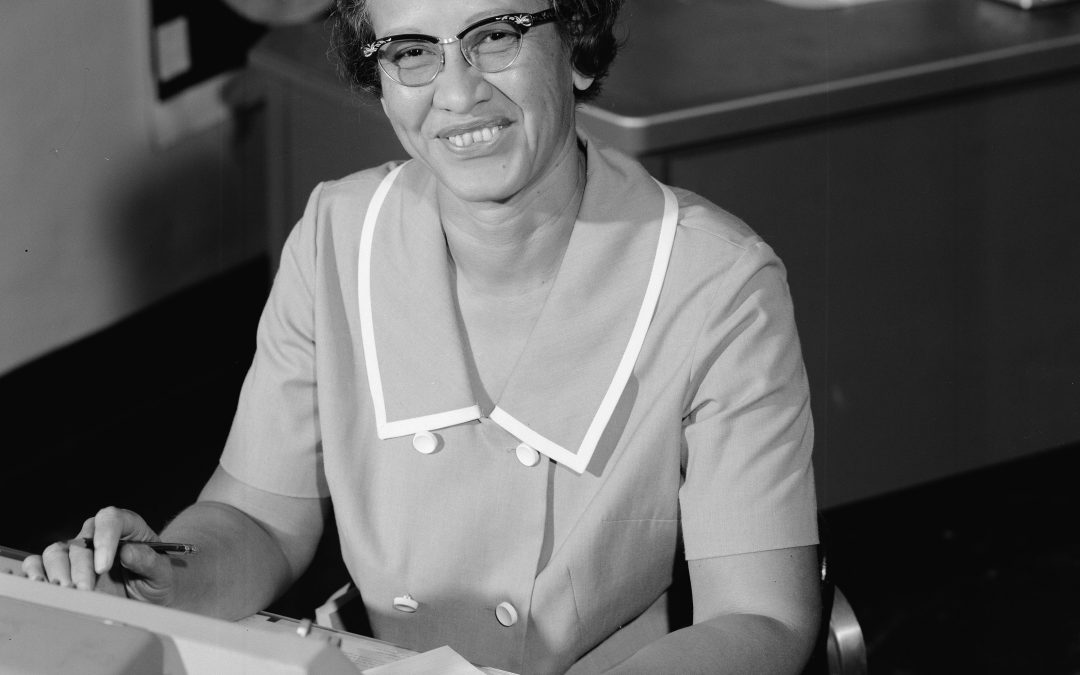 Happy 100th birthday to the brilliant and bold Katherine Johnson! During her more than 33 years at Langley, Johnson worked on the Space Shuttle and the Earth Resources Satellite, and authored or coauthored 26 research reports. But she is most famous for her work on the Gemini and Apollo programs, including the calculations that helped synch Apollo’s Lunar Lander with the moon-orbiting Command and Service Module.

“I loved going to work every single day,” she says. Talk about an inspiration and role model.

A famous memory: Even though computers were programmed with the orbital equations that would control the trajectory of John Glenn’s Friendship 7 mission, Glenn was wary of putting his life “in the care of the electronic calculating machines, which were prone to hiccups and blackouts.” As part of his preflight checklist, Glenn asked engineers to get Johnson to run the same numbers through the same equations that had been programmed into the computer, but by hand, on her desktop mechanical calculating machine.  “If she says they’re good, then I’m ready to go.”

Glenn’s flight was a success, and marked a turning point in the competition between the United States and the Soviet Union in space.

U.S. lawmakers recently introduced a bill to award Katherine Johnson and her colleagues Dorothy Vaughan, Mary Jackson and Christine Darden the Congressional Gold Medal to “highlight their broader impact on society; paving the way for women, especially women of color, in science, technology, engineering and mathematics.”

There is no doubt, these four women deserve this high honor. But they also deserve more.

It took tens of thousands of women and men, serving as scientists, mathematicians, and engineers, to put human beings into space and on the Moon. Though they will not all get films made about them, the fruit of their contributions will forever be represented by the iconic bootprints marking humankind’s first steps off out home planet.

Now those bootprints are at risk.

No internationally enforceable law memorializes or even recognizes those first bootprints as human heritage which deserve both respect and protection. That means, anyone – or any rover – can return to the site and erase them, whether accidentally or on purpose. The physical evidence of all the sacrifice, risk, hopes, dreams and hard relentless work of tens of thousands of individuals – including Katherine Johnson – could literally disappear.

We cannot allow that to happen. Ensuring the six Apollo Lunar Landing and similar sites in outer space are recognized for their outstanding value to humanity, and consequently preserved and protected for posterity, is the best way to honor those who made it happen. Join us.