Apollo 8: “A Most Fantastic Voyage” 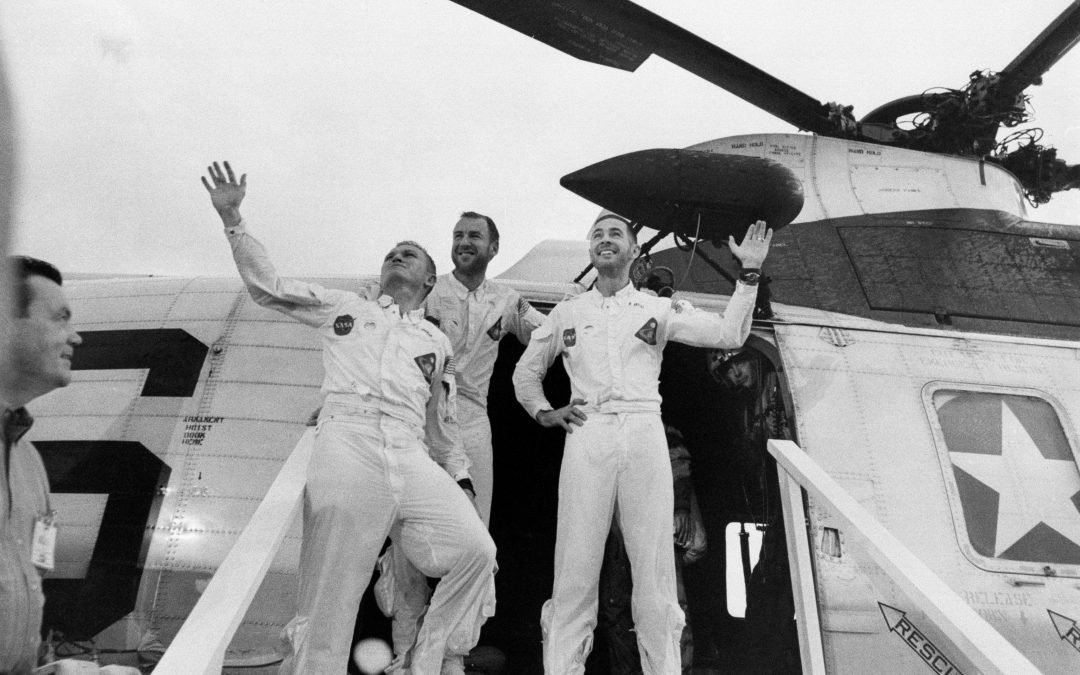 The spacecraft came down in darkness on Friday, 27 December 1968.  Six days, three hours, and 42 seconds after launch.  Because it flipped over on its nose as it landed, recovery helicopters were unable to see the flashing light beacon until Frank Borman punched the button that inflated the air bags to upright the spacecraft.

Mission ground rules required a daylight recovery, so Borman and his crew waited 45 minutes for the swimmers to open the hatches. A few minutes later, the helicopter deposited the crew on the deck of the U.S.S. Yorktown for the last lap of – in Borman’s words – “a most fantastic voyage.”

According to TV Guide, a billion persons in 64 countries watched or listened as lunar orbit insertion was achieved by Apollo 8 now more than 50 years ago.  Astronauts William Anders, Frank Borman and Jim Lovell were the first humans ever to escape the bonds of Earth’s gravity.  The Apollo 8 mission paved the way for Neil Armstrong and Buzz Aldrin to become the first humans to set foot on another celestial body.  But even more, as has been repeatedly asserted by many varied publications and authors, the mission changed the way we humans viewed our own world.

The significance of the Earthrise photo taken by Willam Anders – the first full-color picture of our planet taken from off of it – is uncontested.  It captures the fragile beauty of our existence.  An existence fraught with conflict, cruelty and ugliness.  But also marked with exquisite beauty and remarkable achievement.  To best serve our future, we must remain steadfast stewards of our past.  Remind ourselves constantly of “fantastic voyage” as a species – remembering the mistakes, and hopefully learning from them, while celebrating our accomplishments.

As we close in on the end of 2018, we celebrate the wonder that the astronauts of Apollo 8 shared with humankind.  We ask that you join us in our effort to assure our history in space is protected and preserved.  So we may always revel in the wonder of the Apollo missions.