President Kennedy Would be Disappointed 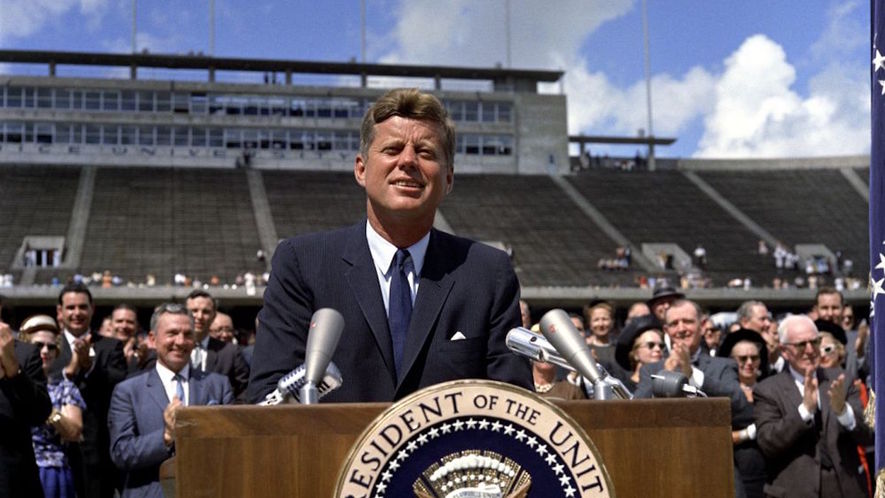 There are few people in the international space community who cannot recite at least part of President John F. Kennedy’s iconic speech at Rice University. On September 12, 1962 – three years to the day after the Soviet Union launched Luna 2, the first human object to successfully reach the Moon – the young President told the world that the United States was choosing “to go to the Moon in this decade and do other things, not because they are easy, but because they are hard.”

What not as many people realize is that President Kennedy’s dedication to the future was paralleled by an equally deep commitment to the past.

In April, 1961 the President called on Congress to support an unprecedented international preservation effort. The Egyptian government needed to manage the course of the Nile River and protect its citizens from recurring damage of natural floods. But damming the river threatened ancient Nubian temples in the Valley of the Kings, recognized as one of the cradles of civilization. An international effort commenced to move these temples out of harm’s way.

In supporting the effort, President Kennedy noted that it is “in the interests of the United States to assist in rescuing these historic remains of a former civilization from destruction-and to join the international effort to conduct exploration and research in the threatened area of Nubia, before it is submerged for all time.” He went on to affirm “a concern for the preservation of man’s great achievements of art and thought.”

As a result, the United States Congress agreed to allocate more than US$16 million (about $135 million in 2019 dollars) to the effort to preserve one of humanity’s greatest achievements.

More than fifty years ago, President Kennedy’s promise to put humans on the Moon and return them safely to Earth was realized – twice within the decade! The bootprints left by those humans, and the scientific and exploratory equipment that preceded and followed the Apollo missions are “historic remains” that bear testimony to humanity’s greatest technological achievements (so far). Shockingly, they are not protected or even recognized by any international law, regulation or declaration.

Right now, these sites remain preserved by the circumstances of nature, and protected by the fact that exploration of the Moon largely slowed after the 1970s. But that’s changing. The Moon lures us yet again, this time with the promise of resources and even greater insight into the formation of our Earth and even the universe that surrounds us. Multiple missions are planned from nations like the United States, China, Japan, the European Union and from myriad private companies. The development of a base or community on the Moon is not a question of “if.” It is a question of “when.”

It’s time to recognize and assure the protection of historic lunar landing sites before they are lost “for all time.” This is will not be easy.  But small steps – the kinds of steps that lead to giant leaps – have been taken. The One Small Step Act, is one such example. It calls upon the United States to require those seeking a US license to launch a spacecraft to the Moon to abide by protective measures advanced by NASA. It urges the President to commence international discussion on how to preserve and protect humanity’s first lunar landing sites, and all they represent. It does not require a US$135 million investment. Simply a commitment to protect.  And it’s already passed the Senate, by a unanimous vote, with thanks to the bill’s original sponsors and champions, Senator Gary Peters and Senator Ted Cruz.

President Kennedy famously reminded us that “we celebrate the past to awaken the future.”

There is no better way to celebrate the past – from President Kennedy’s own moving challenge to put humans on the Moon, to the more than 400,000 individuals who worked anonymously to support the Moon landings, including the mathematicians pulled from obscurity by the author of Hidden Figures, to the astronauts, cosmonauts and taikonauts who have sacrificed so much to advance human exploration of space, to the scientists and engineers throughout human history who have studied the Moon and contributed to the foundation of our human understanding – than by protecting its vestiges.

Please join us in awakening our future. Contact your Representatives and tell them to vote for the One Small Step Act. Follow For All Moonkind on Facebook, Twitter and LinkedIn. And donate. We are all volunteers. Every dollar will be used directly to support our effort to achieve the international agreement needed to protect and preserve the history of our human expansion into space.

Once, we chose to go to the Moon. Our new challenge is to properly honor the people who got us there.