They Took One Small Step, And Now You Can Too 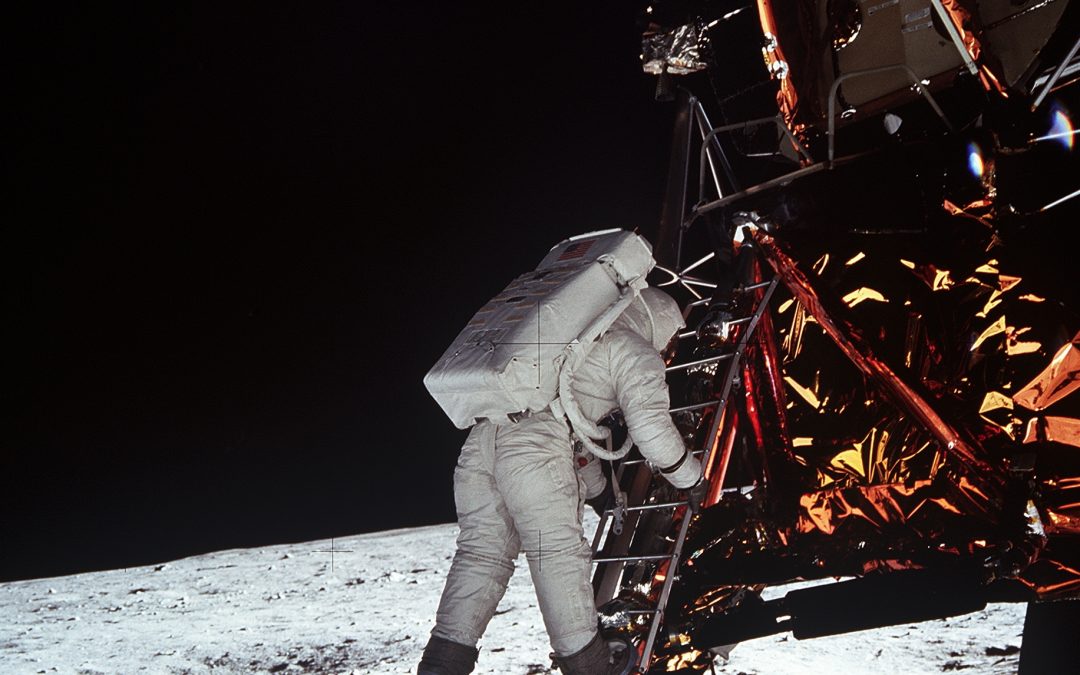 It requires no appropriation.  It poses no burden to taxpayers.  It does not threaten privacy, national security, public health or the environment.  Quite the opposite.  H.R. 3766, the One Small Step to Protect Human Heritage in Space Act, is, as its name suggests, a foundational action that will assure the protection of the Apollo 11 lunar landing site and other sites and artifacts that memorialize humanity’s greatest technological achievements (so far).  Its companion bill passed the US Senate by unanimous vote in July 2019. Today it languishes in the House Committee on Science, Space and Technology.

That is as puzzling as it is heartbreaking.

On July 20, 1969, more than 600 million people around the world watched as Neil Armstrong and Buzz Aldrin took humankind’s first steps on another celestial body.  It was no easy task to get there.  Hundred and thousands of people around the world contributed directly to their success – an accomplishment built on centuries of human science, engineering, math and dreams.  Five more Apollo lunar landings followed, each unique, with astronauts leaving behind mementos, experiments and hardware that memorialize their missions.  But the first human mission to make it to the Moon was robotic – the Soviet Union’s Luna 2 was the first human made object to impact another celestial body, and its Luna 9 was the first to make a soft landing.

Here on Earth we recognize that sites like these are of outstanding value to humanity.  We accept that they belong to all the peoples of the world.  And we protect them as irreplaceable sources of life and inspiration.

But this is not the case on the Moon or in space.

No existing law, US or international, protects or even recognizes our heritage on the Moon. In 2011, NASA published recommendations to help mission planners account for preserving lunar landing sites artifacts. But the willingness of companies to abide by these voluntary preservation recommendations will be tested as more entities develop the ability to go to the Moon and compete for its resources.

International treaties do not provide adequate protections either. The Outer Space Treaty, the often labeled the Magna Carta of space, obligates parties to act with “due regard” to the interests of other parties.  This is an undefined term with questionable legal consequence that relies on judgment calls.  Imagine protecting the Liberty Bell, Stonehenge or the terra cotta warriors of Xi’an with the hope that people visiting will display good judgment!

Once saved by the fact that human return seemed distant, the number of future missions to the Moon continues to grow.  NASA’s proposed 2024 return will be followed swiftly by other nations as well as private companies in the US and around the world.  The Office of Science and Technology Policy identifies three risks posed by future lunar missions: 1) landing on top of or too close to a site, including the effect of debris, dust and chemical contamination; 2) sandblasting effects from rocket thrusters; and 3) dust lofting or biological contamination. Clearly we need to balance the promising developments of future Moon missions with the need to protect the human heritage that is already there.

The One Small Step to Protect Human Heritage in Space Act requires US companies conducting lunar activities to agree to follow the recommendations created by NASA in 2011.  It is by no means perfect.  It covers only US lunar sites and US space actors.  But the effort to require adherence to these recommendations is a bipartisan and urgent response to the rapidly advancing space industry. This bill is one small and necessary step to recognize and manage the protection and preservation of all our human heritage on the Moon.

It doesn’t cost a penny.  It’s easy.  But it will have a tremendous impact.

With one small step, Neil and Buzz took a giant leap for humankind.  Your one small step could be the catalyst that reminds our political leaders how important it is to protect these incredible sources of life and inspiration. Contact your Representatives today and ask them to bring H.R. 3766 to a vote.  You may not live to see a museum on the Moon, but wouldn’t you like to know you took that small step to make it so?